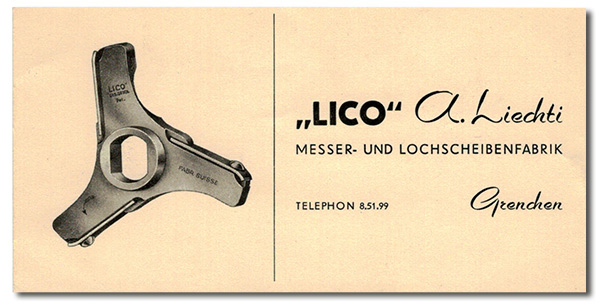 The Swiss company „LICO“ was established in 1934 by Albert Liechti and specialized in the manufacturing of stainless cutting sets for meat mincers. The knifeholders with the exchangeable blades and the stainless holeplates were put on the market with success.

After 1948 the business continued with the sons Bruno and Martin Liechti, distributors were found all over Europe. The name “LICO” became established in the meat production sector.

Since 2008 the family business is in third generation registered as “LICOSWISS Michael Liechti” and still with success on the market. The production was restructured and some parts were outsourced. With the company Sembeil SA in Lyon, a strong partner in the production of the holeplates was found.

After the selling of the old workshop in the center of Grenchen, we moved into the new building on Daederizstreet 26. 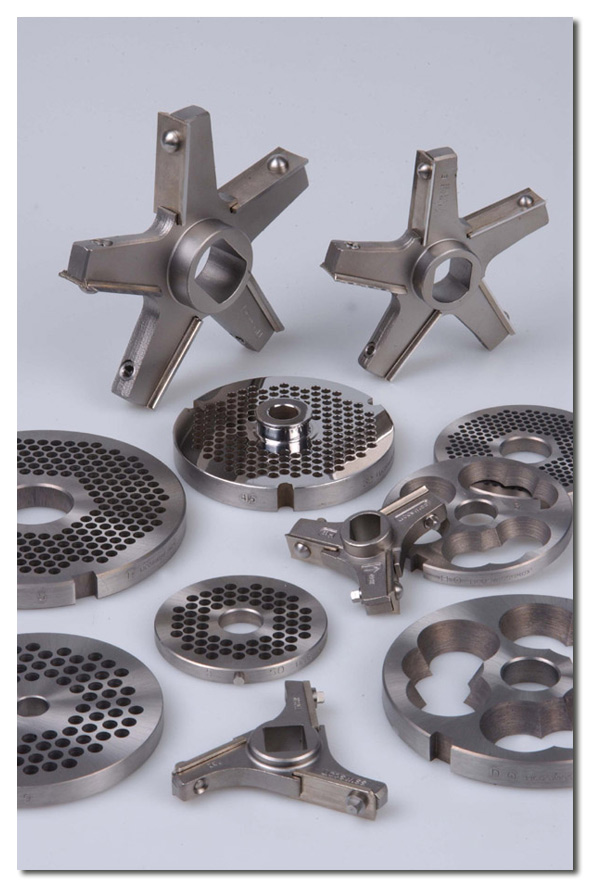 WE ARE MANUFACTURING TODAY

WE HAVE CLIENTS IN MORE THAN 100 COUNTRIES OVER THE WORLD.